Solid Masonry had the privilege to work for the NCC to restore this Heritage Building in Rockliff.  It was a large 4 month job where large sections of the brick building were rebuilt and repointed, stone work was rebuilt, deteriorated stones sills were replaced while others were repaired.  Over 5000 bricks were replaced on the Heritage building.

The bricks on the original structure were over 110 years old and had started to deteriorate badly.  The bricks had started to crumble apart and were riddled with cracks and fissures, a perfect place for water to freeze and thaw which would quickly destroy the brick completely.  Two sides of the original brick work were completely rebuilt. On the third side the problem areas were addressed.

One of the chimneys needed to be rebuilt.  It was rebuilt with the same corbelling, battering and dental work to match the original.

A curved and ramped stone dividing wall required rebuilding.  Due to its heritage status each stone had to be saved and labelled according to a diagram so that it could be rebuilt in the exact same place.  Only deteriorated stones were replaced, however, this amounted to nearly 50% of the wall. New curved coping stones were cut by Smith and Barber Sculptural Atelier.  http://smithandbarber.ca.s42870.gridserver.com/. 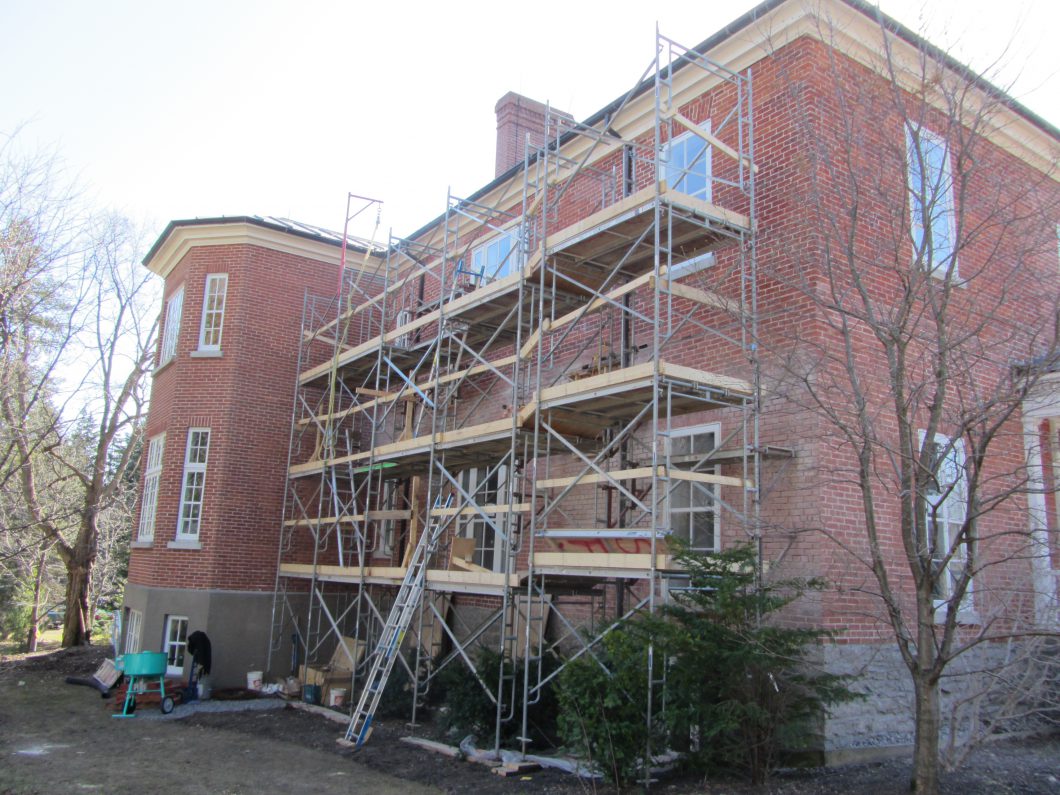 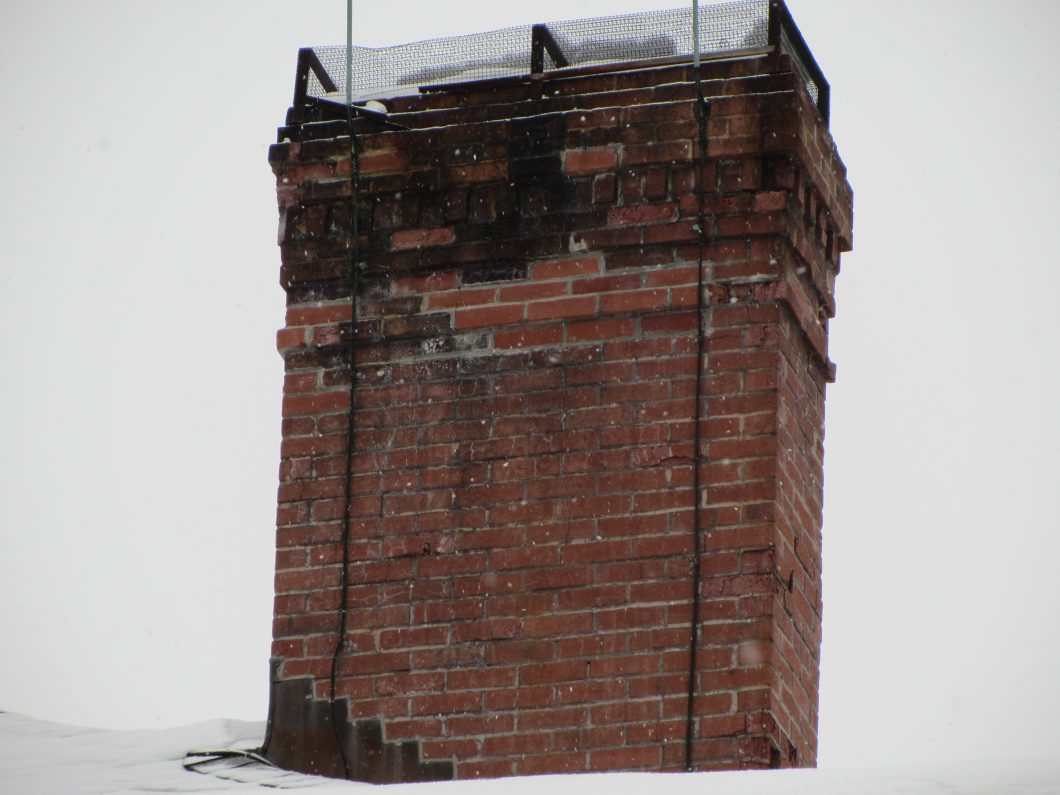 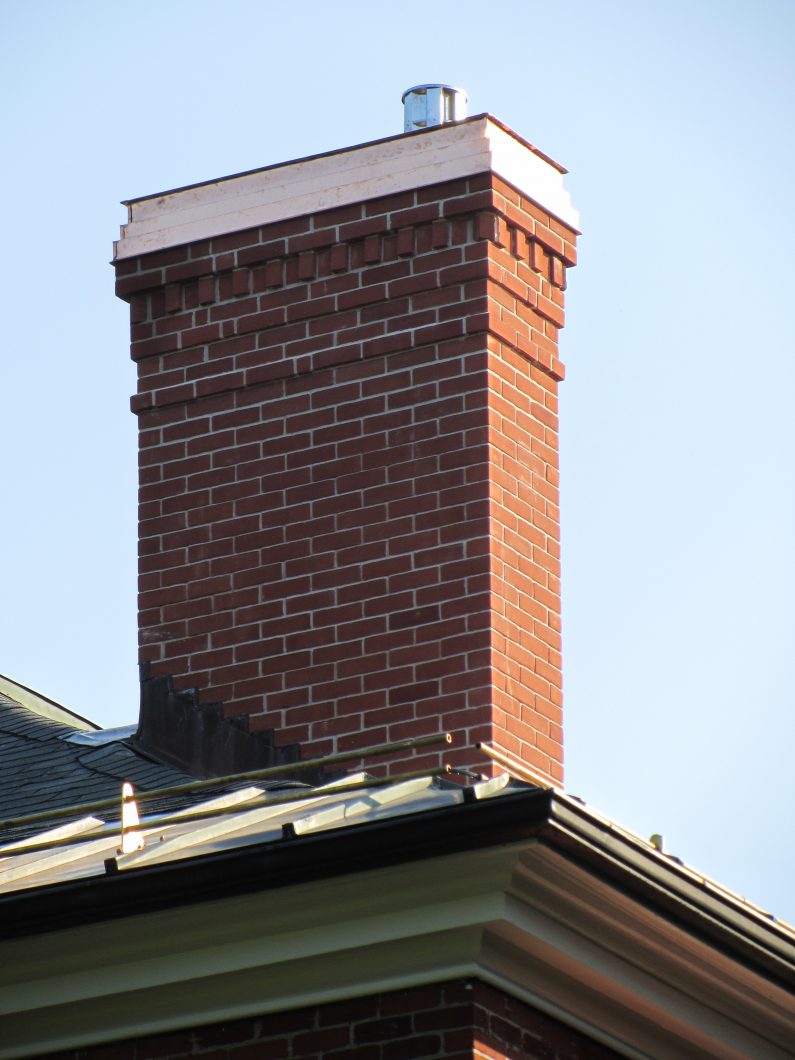 Chimney rebuilt to match the original with new copper cap. 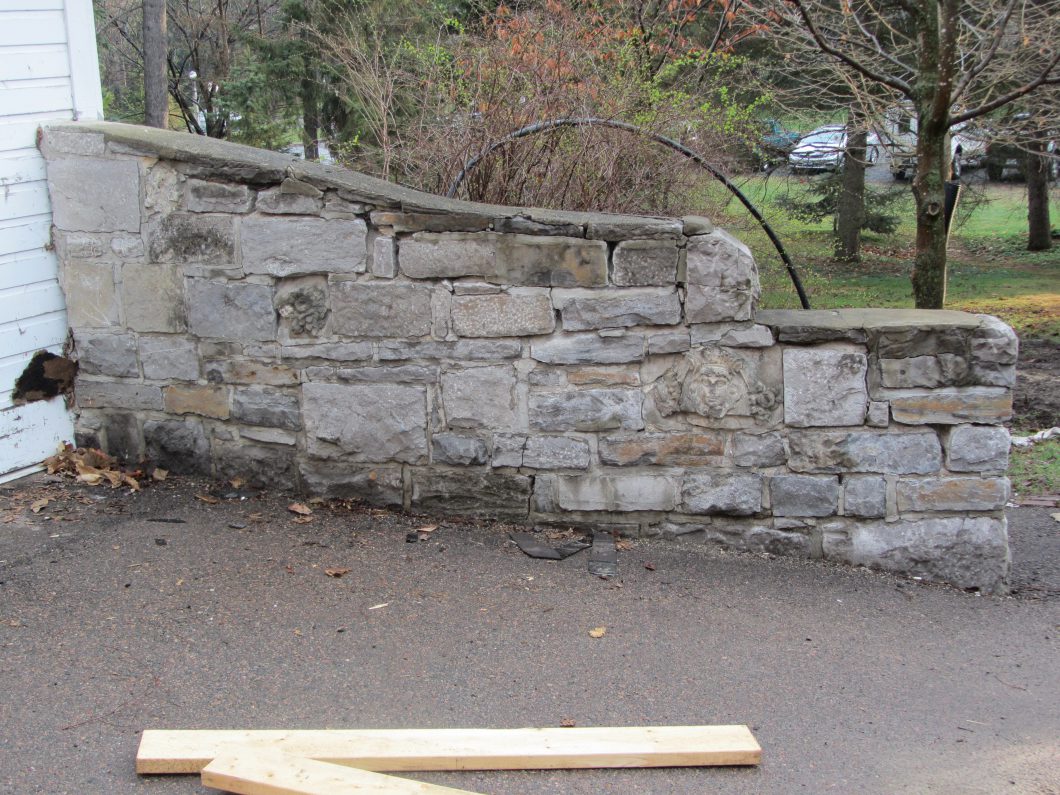 Original dividing wall to be disassembled and rebuilt wit each stone in the exact same place, excluding those needing replacement. 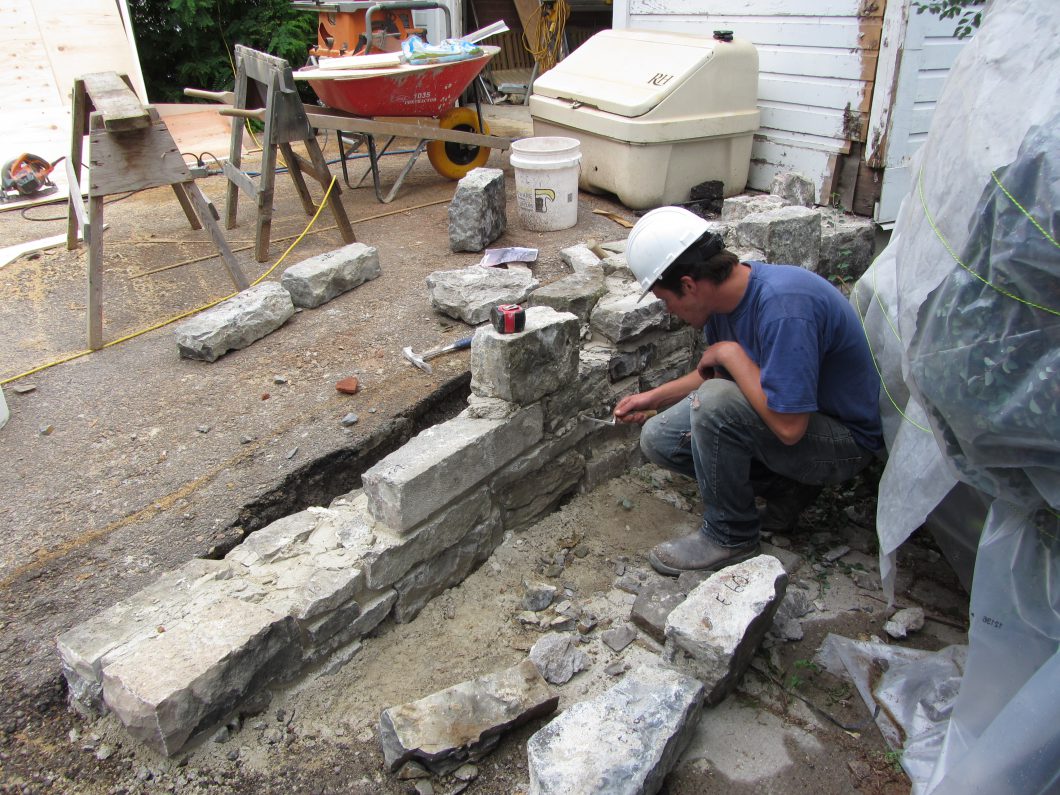 First day of the rebuild. 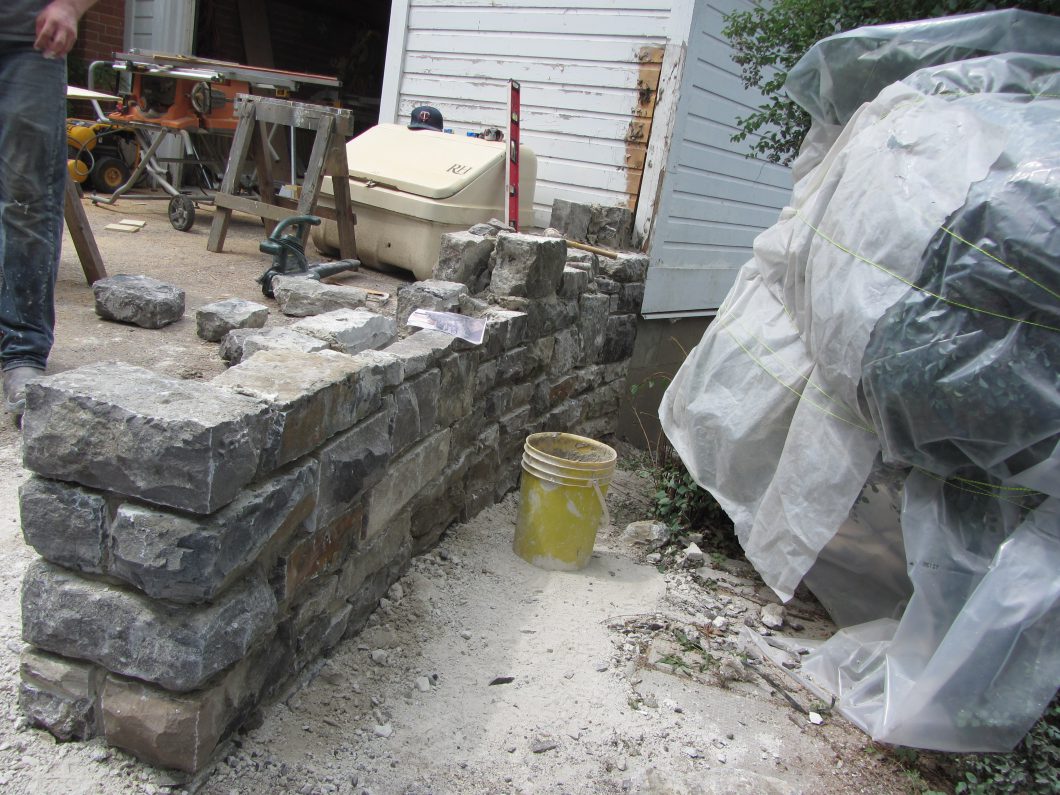 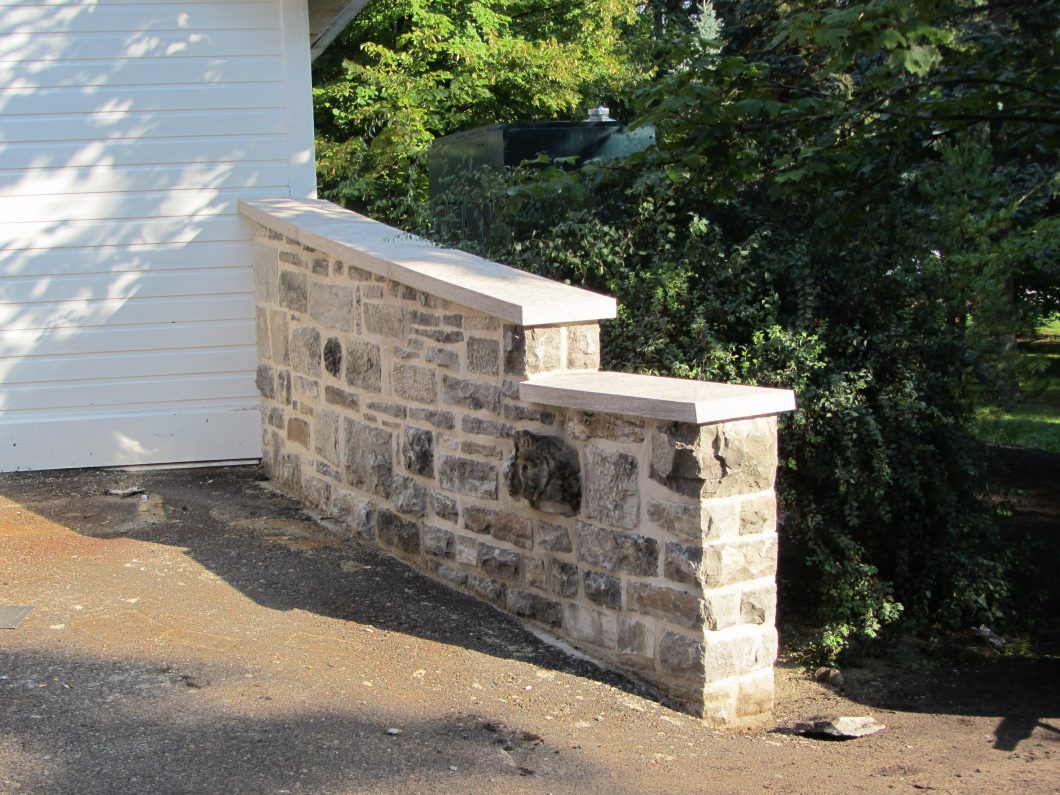 Dividing wall rebuild complete with new cap stones. Nearly half of the stones were replaced due to deterioration. 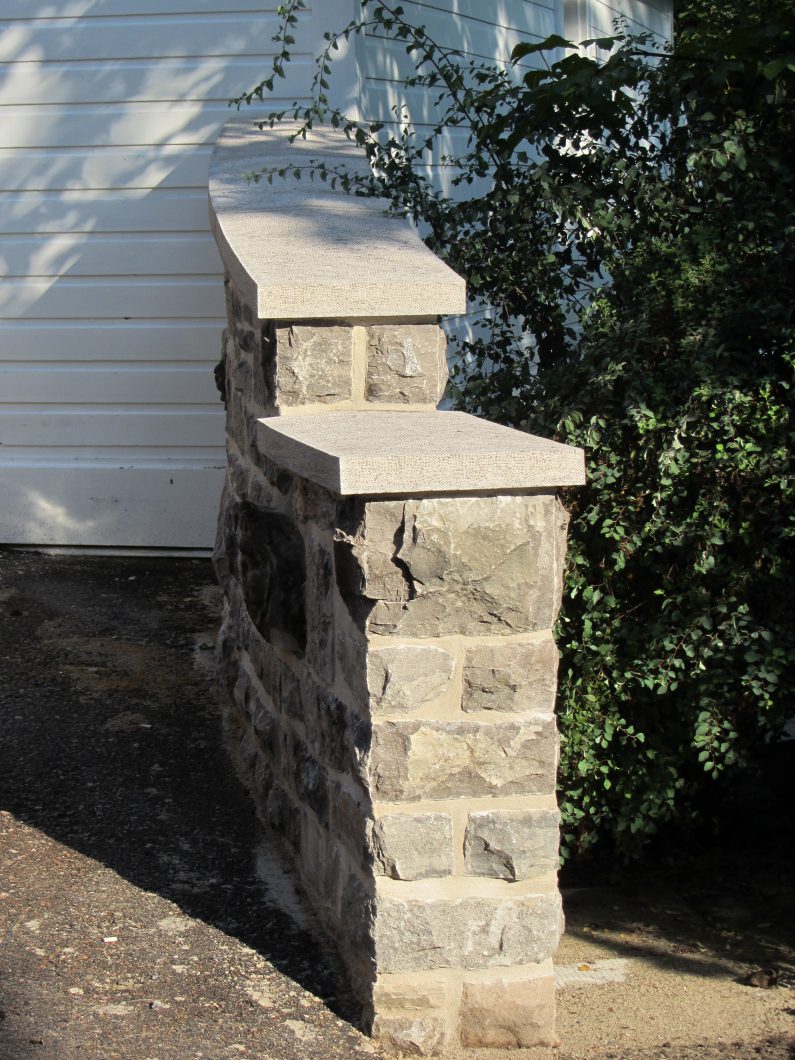 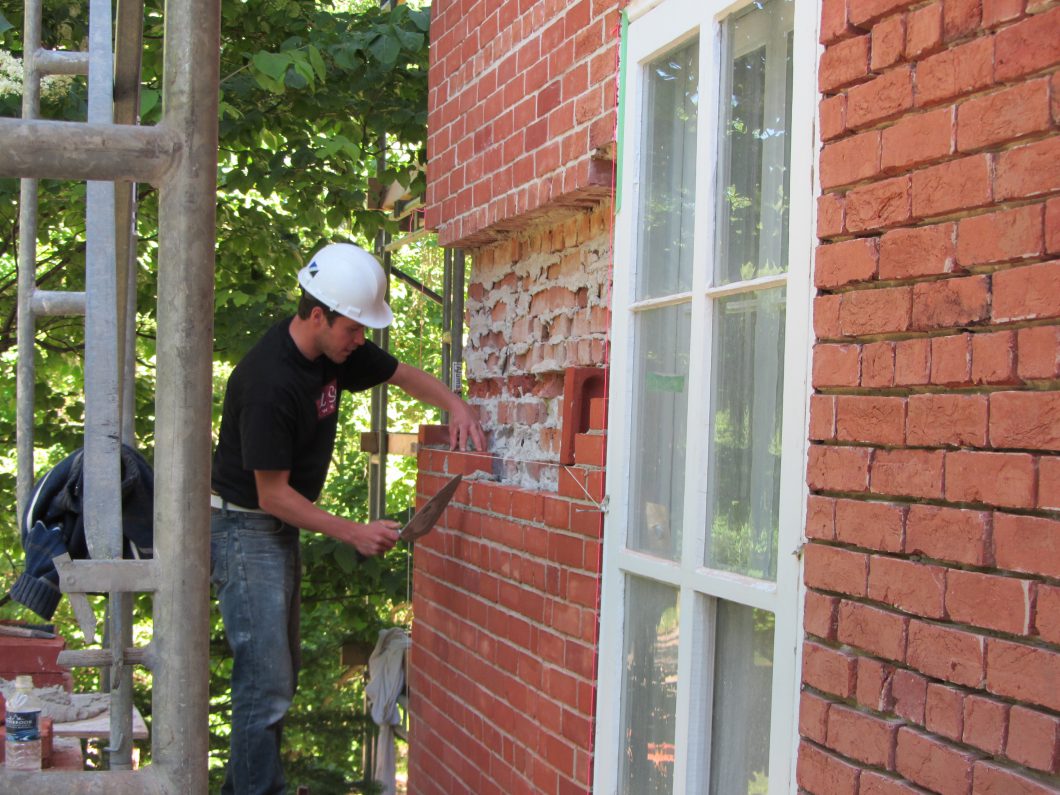 The original bricks were deteriorated and many needed replacement. 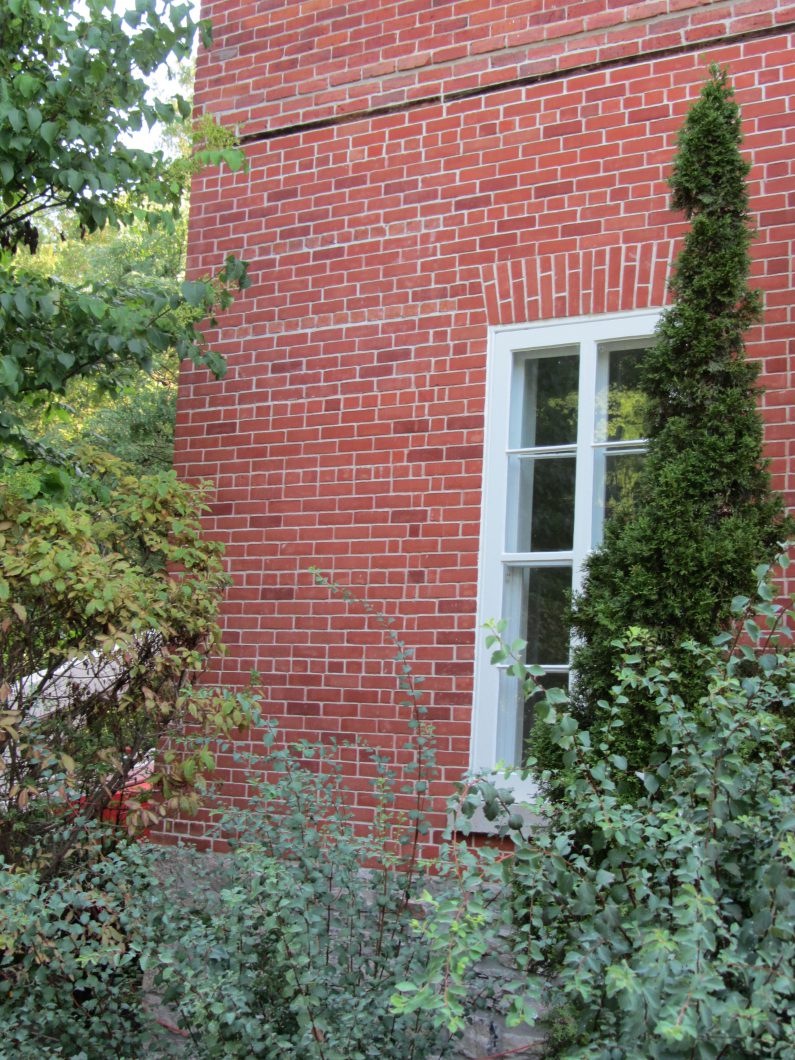 The entire area below the nailer strip was rebuilt to match the original. 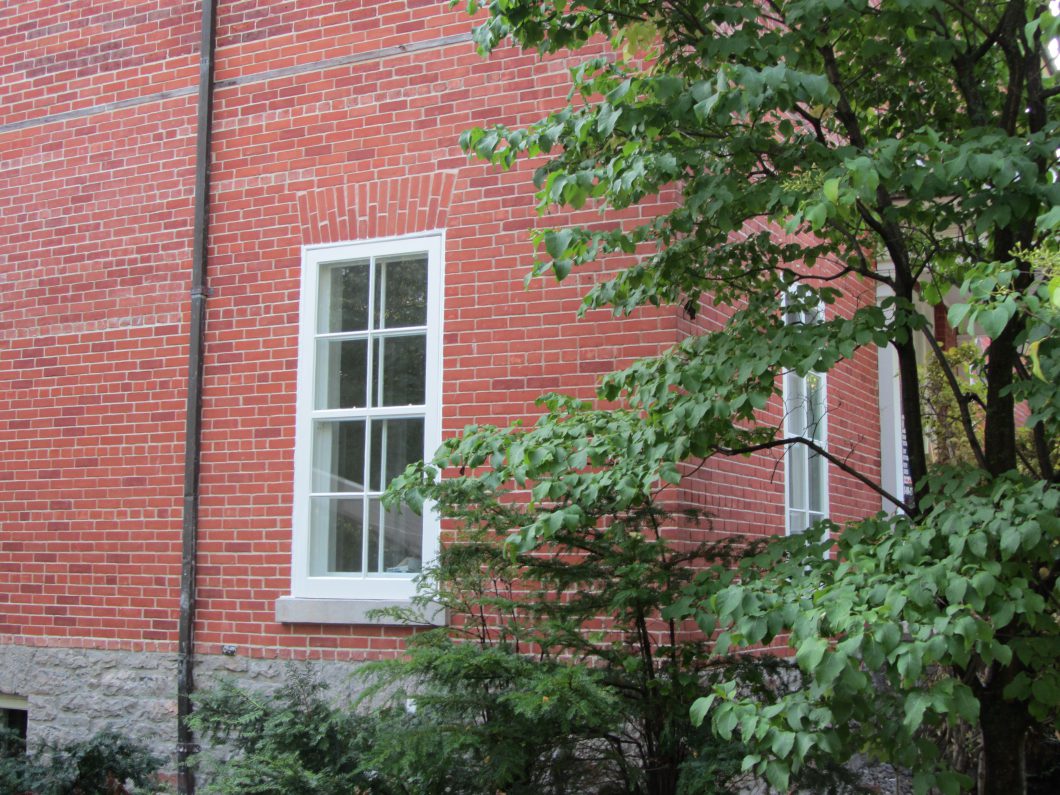 80% of this wall was rebuilt with new bricks. 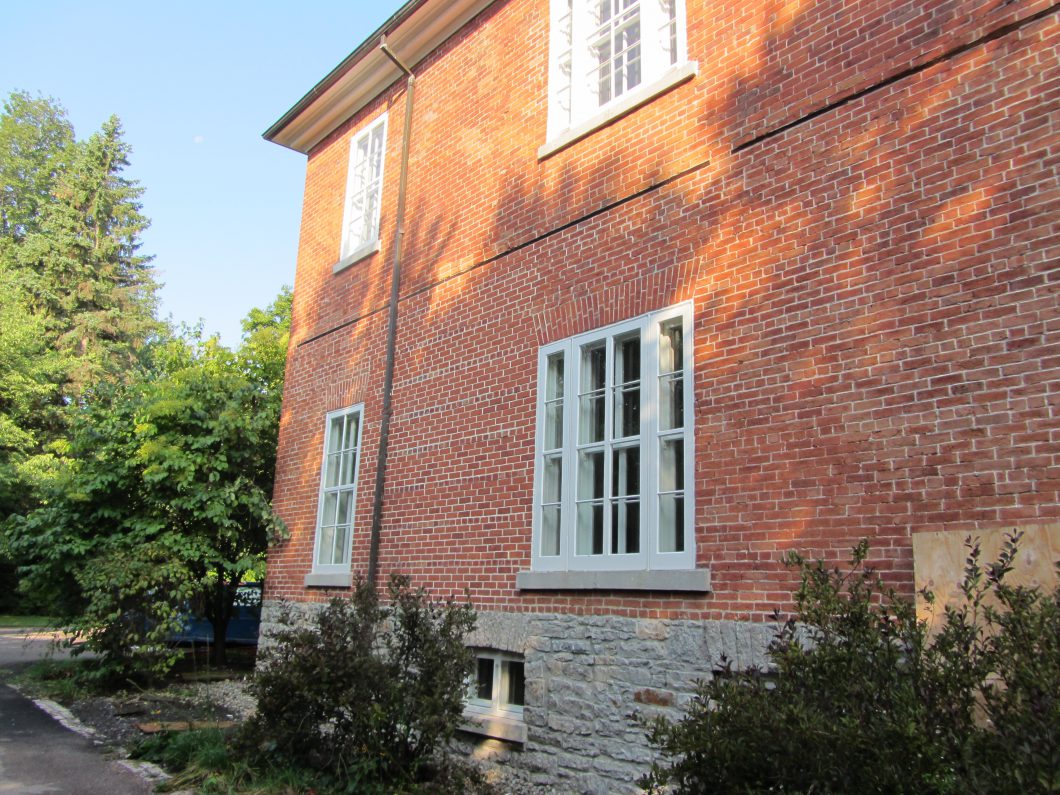 Over 5000 brick were replaced on this project.